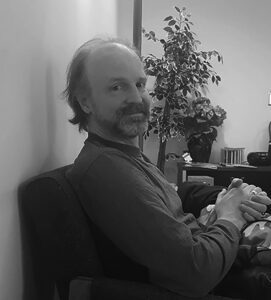 T. S. Dickson, known as Traveling Tim on NaNoWriMo.org, has written for NaNoWriMo for the last five years, winning the Horror/Supernatural category in 2015 and 2016 as well as the Fantasy category in 2017.

Dickson earned his associate degree in liberal arts from Simon’s Rock of Bard College and went on to complete his Bachelor of Science degree in physical science at Salisbury University.

A father of three, he enjoys traveling and playing tabletop role-playing games.