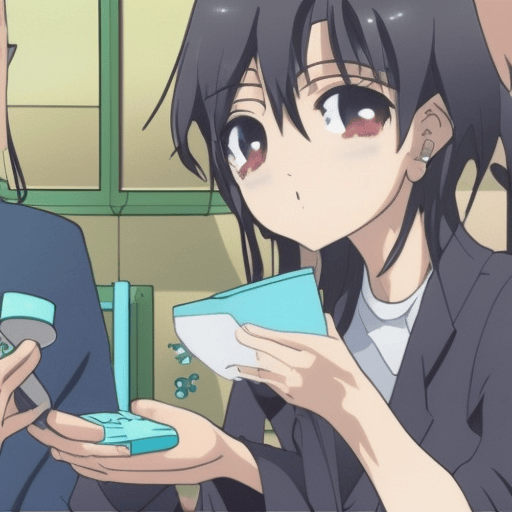 Artwork by Jasper.ai
While weed in our times is becoming increasingly popular to decriminalize, especially state by state in the U.S., by Rosella’s time, even harder drugs, such as heroin and cocaine, have been decriminalized in an effort for states to capture sales revenues from addiction.

Most 20th and 21st century experts point to the Switzerland model of harm reduction as the gold standard. The reality is Switzerland, until otherwise, has kept its drugs illegal. Simply put, the police are turning a blind eye to the problem of enforcement. Meanwhile, drug use in Europe is reported to be the highest in Switzerland than any other nation and 70% of their young adults are using cannabis. Also, downs syndrome is reported to have doubled in Switzerland between 2003 and 2012, while the birth rate is the lowest it’s ever been. Most would attribute this to older parents, but the use of cannabis during pregnancy increases genetic developmental disorders such as a downs syndrome.

Many decades prior to Rosella’s time, the Perry Memo would cause a controversy in U.S. politics for a time as it exposed a high-level Democratic Party attempt to increase widespread drug use through decriminalization with the sole purpose to increase still births and abortions associated with the intellectually disabled. In doing so, the birth rate would continue to collapse, causing an upward wage pressure on society, allowing for greater taxation potential for socialized services. It was called engineered social policy.

But continue legalization of various drugs in the U.S. and Europe did cause a rise of birth defects associated with drug use which helped to pave the way for the social development of advance IVF and CRISPR systems to allow for human cloning as the main form of human sexual reproduction. This option was being seen as the cleaner way to ensure a healthy child, since society permitted drugs.

The problem with Rosella’s world is that once drugs became legal in states, and federal enforcement became restricted to dealing with transportation between the states, the desire to kick the habit became less in addicted populations. This prompted many states to adopt drug use work protections preventing layoffs and firings for many industries and services, including but not limited to first responders, medical workers, and teachers.

With many states’ cash strap, the efforts to help drug users get off the stuff dwindled, thus turning the states into the new suppliers. Soon, you had state officials paying off drug cartels to help run supplies between states to feed their drug addicted populations. To create a public-private drug economy and prevent users turning to crime to pay for drugs, states had to resort to universal basic income (UBI) for the addicted. Of course, running cash flows through the state coffers allowed for private dispensaries to bank directly with the state since it was still illegal to bank with the federal banking system.

The omni presence of a drug using population helped prop up radical political and hate groups which used them as a scapegoat for all society’s ills, allowing them to win local elections, since the drug using populations tended not to vote. During Rosella’s life, Congress would remove President Carmela Cordano from office as she used the White House to coordinate drug running between states and other nations.

For Rosella herself, as a young adult, she wasn’t immune to the drug culture. She, like her fellow college friends, took part in it. Not only did she do various “recreational drugs” at the group house, but she also did them at wooheys (music/dance events like raves) where dispensaries had booths set up and were the main sponsors of the events.

While most did not see addiction as a problem, they saw the problem of an overdose as a social ill. So, state health officials took the approach of keeping the drug population addicted but never to lethal levels. Unfortunately for Rosella, she would succumb to a lethal overdose but would survive the incident only to be mentally traumatized with a specific and embarrassing sleep disorder known as sexsomnia.